“ This thing of being a hero, about the main thing to it is to know when to die. ”-Will Rogers When he woke up, he had no idea that the world around him had changed. He got out of his bed and was greeted by his reflection in the mirror. To him, all seemed the same as it had been before last night's events. A same tangled mess of hair which refused to settle, clothes that could do with a little cleaning, and the undying little ray of hope in his heart that his life will change someday. The only new thing was a hint of pride on his face after last night.
1 comment
Read Further>>

At the start of this financial year, I found myself in a weird situation. I had loads of free time. My office did not think I needed to work and hence I was passing my days sleeping, eating, and daydreaming, but mostly sleeping. (No it is not great, more on my job separately) It was at this time that I had a sudden burst of energy and I made a list of things that I needed to watch. It included TV/Web series, YouTube channels, movies… not just new but old and classics too. So, armed with this list I began to watch a few movies before giving in to my laziness again (Do not judge) . One of the classics that I saw at this time was the 1998 Shah Rukh Khan starrer Dil Se. The only reason this movie made the cut was the songs. The songs have been on my playlist for a long time and I could never remember if I had watched the movie or not. So finally, I decided to give it a watch.
3 comments
Read Further>>

[Disclaimer: Fictional Post] (Dedicated to my latest blog reader. Thank you for inspiring me to pick up the pen again) ‘Beep’ With that innocent sound, the door swung open to what I strongly believed to be modern slavery. I groaned and moved in lest the guards decided to check why this one person is standing and staring at a perfectly common door. Thus, began another day of slogging through the emails, bitching about colleagues and using tools provided by Mr. Bill Gates to move a little closer to buying the invention by Mr. Steve Jobs for myself.
1 comment
Read Further>> 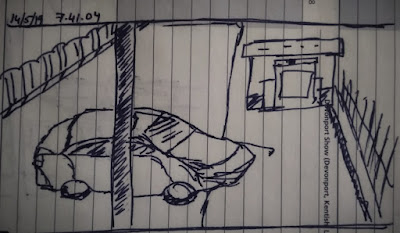 14/05/19   07.41.03 PM It is said that in your last moments your life flashes before your eyes. It’s a lie! You might say what does a spoiled brat teenager living in upstate New Delhi know about all this. Well, I do because a few moments ( not even seconds ) ago I lost control of my new Honda City. It was a gift from my dad for my birthday which is coming up in a couple of days. Obviously, I took it out for a ride with my friends, and we had a few beers on the way ( YOLO! ). It shouldn’t even surprise you. Because that is my stereotype, isn’t it?
Post a Comment
Read Further>>

A s the whole world goes gaga over Avengers: Endgame, I am stuck here watching YouTube, Netflix, Hotstar, GoT, IPL, and whatnot. This is not because I don’t want to see Endgame but rather because the only friend available to watch the movie with me is, well, married ( self-explanatory ). I have never watched a movie alone, and I don’t intend to start now. With the plan for Avengers delayed, I have taken up to books and web series ( no dearth of content around ). Luckily for me, TVF decided to release the second season of their web series Tripling in April ( I know it was released whole 3 weeks before Endgame but I found it recently, okay? ). Tripling season 1 was adorable and brilliant, so I was excited to see what they got this time. These are my thoughts on season 2 of the sibling road trip saga from TVF. ( I will try to avoid giving out any spoilers but c’mon this isn’t Endgame that I can spoil for anyone. It’s been out for almost a month so most of you must have already seen it
Post a Comment
Read Further>>

Artificial Intelligence ... Or the thing that is taking away your job!

AI= Artificial Intelligence, an area of computer science that emphasizes the creation of intelligent machines that work and react like humans. Y ou must have heard the phrase ‘AI will take my job’ ( or some variation of it ). While I was employed in the tech job I always thought ‘Yes, this is going to happen. They will automate my work, and I will not be needed anymore.’ Heck, they made me automate the work I was doing! For some reason, every manager always got excited hearing ‘automation.’ I hated it, but I did it and got loads of time off. This was two years back when I wasn’t as wise as I am now.
Post a Comment
Read Further>> 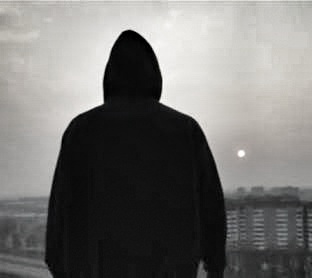 T he only audible sound was his heavy breathing. It was dark in the cupboard and his back was hurting sitting slouched in there for the past hour. Maybe it was over. Maybe it was safe for him to come out now. Vishesh moved his head forward to the glass and squinted his eyes to look outside. The low light made it impossible to see but there was no sound. He pushed the cupboard door and climbed down. The electricity seemed to be off. The main door stood ajar which was the only source of the little light illuminating the house. It did look like he was safe now. He swiftly moved towards the door and slammed it shut.
1 comment
Read Further>>

I am not the kind of person who gets affected by deaths of celebrities, or so I thought.
Post a Comment
Read Further>>

The lights went out and I was suddenly engulfed in pitch darkness. I had just sat down and was glad that I took that decision at the right time. You don’t want to be standing and waiting in the dark when there is no guarantee on how long the power would be gone.
1 comment
Read Further>>
More posts

Being an Engineer- The Indian Version

All Hail the Underdog!